This is the team’s first season as the Cleveland Guardians, following the franchise’s name change in light of the Cleveland Indians name and logo controversy. The team opened their regular season on April 7, 2022, on the road against the Kansas City Royals, [1] and are scheduled to finish the season on October 5 at home, also against the Royals.
View Site 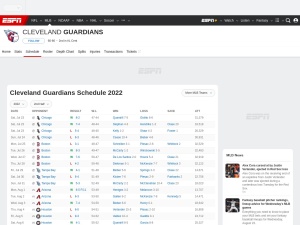